After a very successful run this morning, I thought, you know, meeting my goals with running all comes down to this – I don’t care what anyone says I should be doing, whether distance, time, whatever – I care if I am doing better today than myself yesterday, last week, or last year.

I think that right there is the biggest part of meeting your personal goals – compare success against your past self. Whatever your goal might be, don’t look at someone else’s plan, look at yourself. Whether it’s running more or reading more or whatever – you define your success. 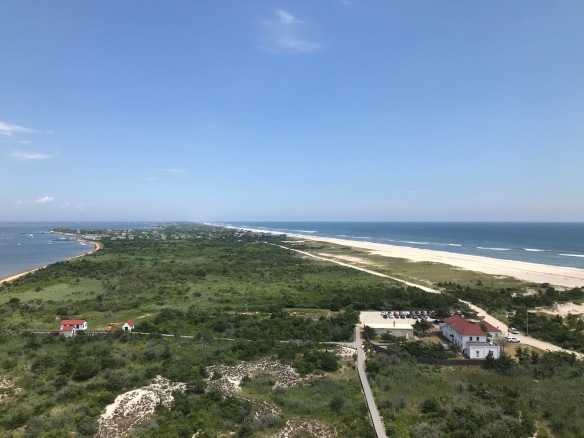 Did you like what you read? Here’s some ways you can support us and this blog!
Join our Facebook group, Planning an Epic Road Trip on Any Budget
Join the Journey With The G’s email list (bonus – you get my Epic Road Trip Budget spreadsheet)
Buy my book, Planning an Epic Road Trip on any Budget.
Buy my book, Trusting God With 2 Cents: 22 Days To Becoming A Successful Christian Business Owner.
Shop on Amazon (no additional cost to you, this gives us a percentage of what you order).
Check out our resources page.
Subscribe to our YouTube Channel

I love checklists, especially since I started highlighting my progress instead of marking. There are lots of methods to encourage growth. Some things motivate better than others. For three areas of my life, checklists have had a great impact. The first is flossing. I have flossed every day, except two days, for almost a year. Since Bret’s last dentist appointment, he hasn’t missed a day either.

The other checklist I have is for working out and for writing. I haven’t been as consistent as I would like, but the last seven days have been successful, I only missed the weekend last week, and did a full week the week before. While I’m doing short workouts and only about 5-15 minutes for my writing sessions, I’m making forward progress.

What helps you to be consistent? 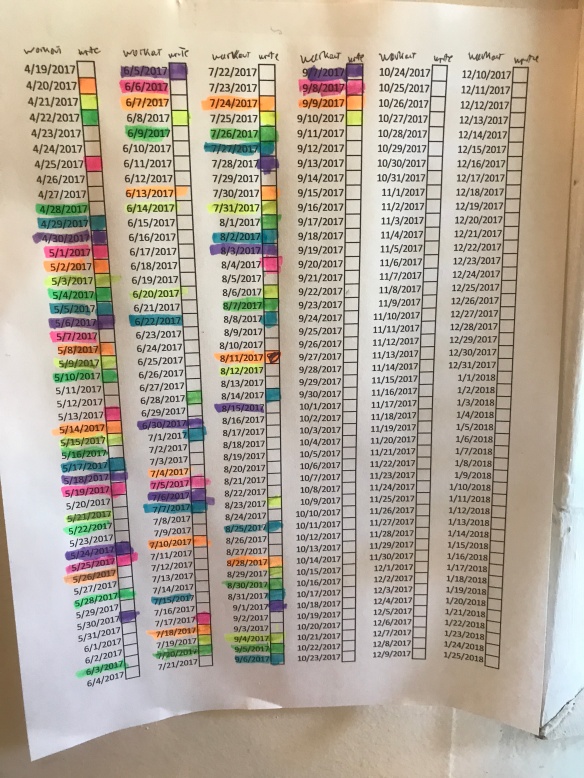 Did you like what you read? Here’s some ways you can support us and this blog!
Join our Facebook group, Planning an Epic Road Trip on Any Budget
Join the Journey With The G’s email list (bonus – you get my Epic Road Trip Budget spreadsheet)
Buy my book, Planning an Epic Road Trip on any Budget
Buy my book, Trusting God With 2 Cents: 22 Days To Becoming A Successful Christian Business Owner.
Shop on Amazon (no additional cost to you, this gives us a percentage of what you order).
Check out our resources page.
Subscribe to our YouTube Channel

One thing that was mentioned at the Wedding MBA was a book called Strengths Finder 2.0 by Tom Rath. I got it and took the quiz to find my strengths. I was really surprised at the results! I found myself continually saying, “Yea! That’s me! I do that!” A big take away from what I learned was that I thrive when I interact with people. Whether I’m just giving advice, encouragement or just all around helping out. I didn’t realize how big of a deal this was until after I came home from working at the new K&B space yesterday. I spent a lot of time reading and getting really on fire for my business. All because I spent some time helping others. It’s important to know your strengths friends!

One of my other strengths was called Input…basically, I love collecting things…which would include information. Since yesterday, I have been inhaling information, specifically about sales. I’m LOVING IT!!! I was about to hop on the treadmill and was just dreading it. I’m doing a plan that helps you increase miles, but there’s a lot of intervals, it can take like 30 minutes just to do 2 miles. I’m all about just getting the workout done as quick as possible. So, I thought, ok, I’ll watch/listen to a sales video while I do it. I found a great video on selling cars….I know, I know, I sell memories via images…but there were a LOT of great tips that I can apply to my business. It was the fastest 30 minutes I’ve spent on the treadmill!

Disclaimer: I did not watch the video while running/walking, I had headphones in and just listened. 🙂

Lastly, and this is the BEST part, I ran up to the library to pick up a book I requested (sidenote: I wish I had used this ONLINE feature sooner. Back in the day I would drive to a ton of libraries. Ah, past Jennilyn, you silly head.) After I got a few more books, I stopped by 7-Eleven. Imagine my absolute DELIGHT when I saw that peppermint mocha’s are back! YES!!!!!

They don’t have the holiday coffee cozies yet, which is FINE by me, but that says peppermint mocha better than what’s on my mug right now. So enjoy this picture from last year!

Over the last few weeks, a lot has changed…mostly that we are out of debt and I feel a freedom like I’ve never had before. I won’t say that I’ve been lazy, because I don’t think I have been. I think there is something to enjoying the fruit of your labor. I spent many years working two jobs, many days working 15-20 hours, many sleepless nights, much worrying. It was the busiest March and April I’ve EVER had…two jobs or not. So I don’t exactly feel bad about taking “off” as much as I have. I have spent some of the time thinking about my business…what can I do differently? How should I adjust my prices to be more profitable? How can I present myself in person and on the web so that I bring in THE perfect clients for us? All in all, it’s like a new era in my life. Not only in my business but also in my health.

Bret started his own personal training business in January of this year. There have been aspects that have been a little bit of a struggle…mostly the fact that I have to actually get off my butt and workout as well as not chow down on junk food….or at least workout enough to burn off said junk food.

I said I would share tips here and there. Well, today I’m sharing a tip and some big goals!

I want to run more. Running has always been a struggle for me. Mostly getting into a routine and increasing my mileage. I’ve done 2 Susan G. Komen 5k’s….but those almost don’t count because there are so many people…it’s just different. I’ve also done a mud run…also, doesn’t really count. I’ve never really been “trained” when I did said 5k’s. I don’t have a burning desire to do a race…though, I have a small bucket list, “maybe-I’ll-do-this-someday” feeling towards running a marathon. Mostly just to say that I’ve done it. Bottom line, I just want to increase my mileage…whether I do a race or not. SO! I’m attempting the 10% increase per week rule. If I stick with this, I’ll be up to marathon mileage by the end of the year. But seriously folks, if I can run 5 miles or even a 10k, I think I’ll be pretty happy. I’m going to run 3 times a week, starting with 1 mile. I did that this week AND I’m very happy with my times each run. That’s goal #1.

I also want to do body weight/free weight workouts. I’m starting with 10 minutes a day 3 times a week and increasing 1 minute a week. I’ll mostly be doing workouts from Pinterest and some routines Bret is using with his clients….which, HOLY COW is he tough on his clients! I did HALF of a workout and was sore for 3 days! Yikes! That’s goal #2.

So there you go. I’m putting my goals out there. Keep me in check if you want. I want you to also notice that I’m only working out 10-13 minutes per day. YOU can work out, even if you start small. No excuses.