So, I took the time to look for all my purple brides and I found them! 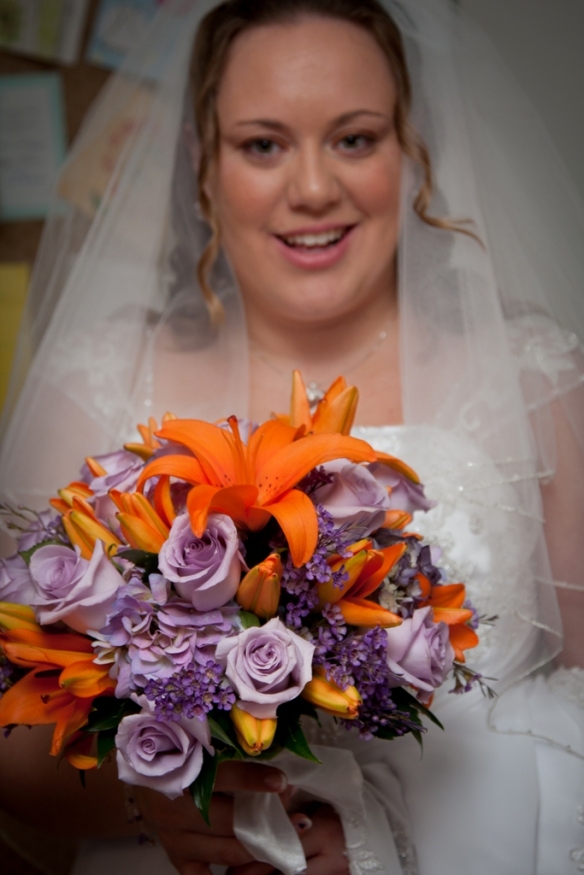 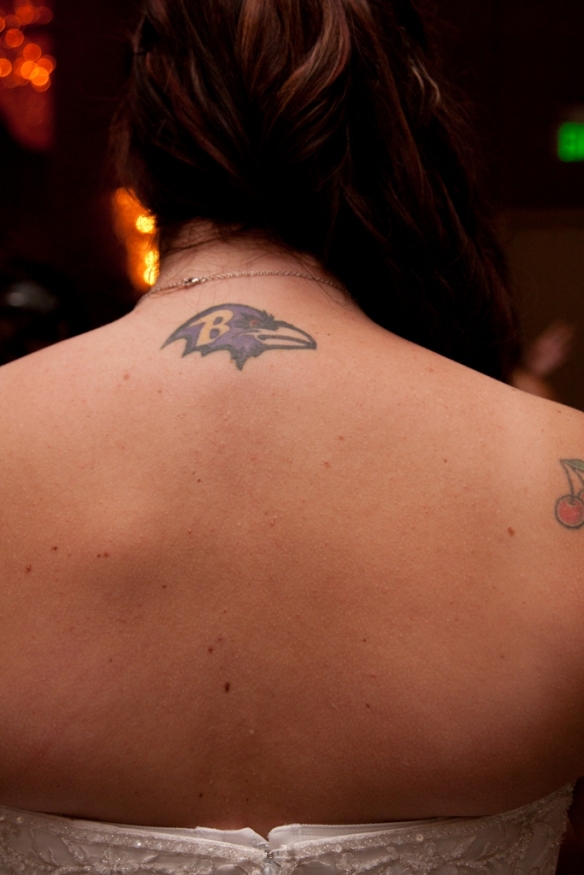 As you may or may not know, my dear hubby is from California. In 2011, we scored some tickets to the Thanksgiving Day Ravens vs. 49ers game. When I found out the team, I said, oh CRAP! You’re going to be cheering for the 49ers, just because. He likes to stir up trouble that one! After I said this here was our conversation (slightly paraphrased, since it was over a year ago):

So thankfully, he cheered for the Ravens at the game.

Two weeks ago, we went out to watch the Ravens vs. Patriots game. Check out what Bret was wearing…. 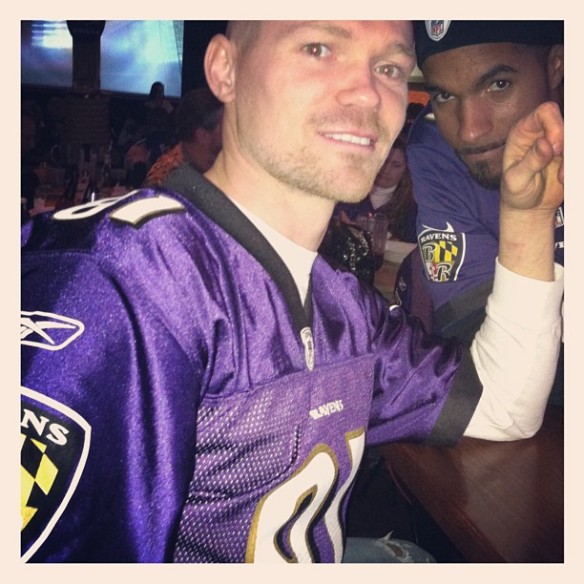 I was planning on going through all my weddings and finding all the purple dress, flowers, etc. and doing a nice long post of pics…..yea, ha! Bret will have to be enough for ya’ll today.

I was going to write some nice post about growing through suffering. But who am I kidding, I got football on the brain! Go Ravens!!!!! 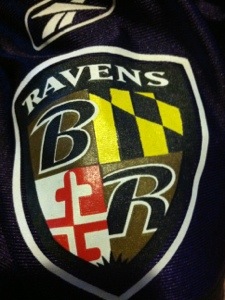 We had a BLAST watching the game at our friends’ house today! They are big Raven’s fans and put Raven’s collars on their dogs!!

I was pretty happy to find that my beer knows what’s up. 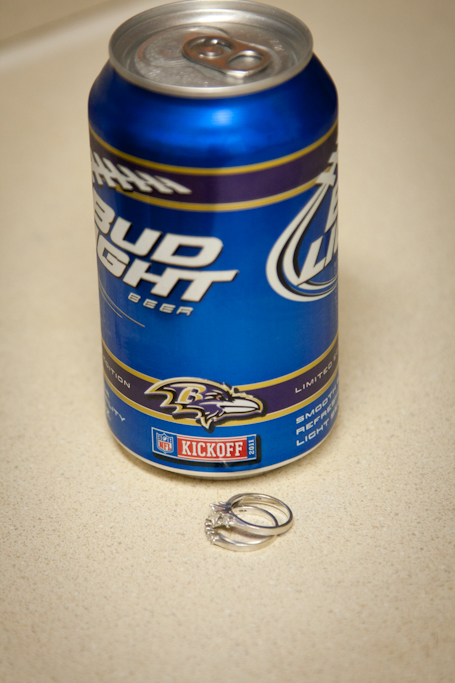