Over the past few days, for a number of reasons, the changes in my life have been on my mind. From job changes to income changes to location changes to travel changes to alcohol consumption changes. When you’re in the middle of a season of change, it can be hard to pull yourself back and look at the big picture, as well to see how your view of things has changed. A lot of things that ten years ago, were my normal, are so far from where I am now. My definition of normal has drastically changed. One thing that I hadn’t thought about in a while was one of the harder parts of transitioning to a sober person. Saying no to alcohol when others offered.

As I’ve mentioned before, I “quit” drinking more times than I can remember. The last (and final) time that I quit, it felt SO awkward to say no to drinks. I think it was a mix of wanting to prove to myself first that this would stick but it was also a fear of what others would say. When I started saying no to drinks, the first question was “are you pregnant?” (Y’all know that wasn’t the case.) When you’ve been a heavy drinker, it’s a BIG deal when you say no to drinks. And if you’re not pregnant, it can be hard to truthfully explain your reason for not drinking.

While I’ve been marinating on this, I realized that it’s because you have to be honest with others about your struggle. You have to admit “hey, I have a problem, and I’m not drinking anymore.” Even though I shared quite honestly about my struggle with alcoholism and sobriety, I didn’t share until about a year and a half AFTER my last drink. It took me months to share with those closest to me. Now that I’ve shared, I have no problem talking about why I’m not drinking.

But as I’ve been thinking about that time, I forgot how hard that time was. There is so much out there trying to keep you from staying sober. From TV shows showing you that it’s ok to get drunk to the fear of being honest with others that you can’t drink. It’s SO much easier to just say, “yea sure!” to a drink than to say “you know what, I’m not drinking because I have a problem and I can’t control myself.”

So if you’re asking a friend if they want a drink, give a little grace and don’t push it if they say no. And if you’re thinking you might have a problem and want to quit, hold on, when you make it past the first few months (or year) of discomfort in saying no, the rewards are amazing. 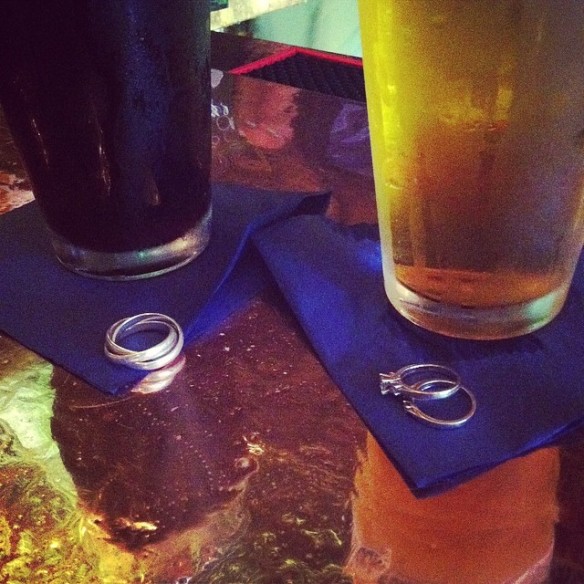 Did you like what you read? Here’s some ways you can support us and this blog!
Join our Facebook group, Planning an Epic Road Trip on Any Budget
Join the Journey With The G’s email list (bonus – you get my Epic Road Trip Budget spreadsheet)
Buy my book, Planning an Epic Road Trip on any Budget.
Buy my book, Trusting God With 2 Cents: 22 Days To Becoming A Successful Christian Business Owner.
Shop on Amazon (no additional cost to you, this gives us a percentage of what you order).
Check out our resources page.
Subscribe to our YouTube Channel

Leave a Reply to 365 days of marriage Cancel reply